SKU:
PROP3
Bulk Pricing:
Buy in bulk and save

High speed, high pitch, Plastic propellers with 75 mm span (3 inches) are designed for 2-mm shafts of miniature motors. (Most DC motors we offer have a 2-mm shaft and can directly be attached to these propellers.)

If an airplane has two propellers, It is best if one spin clockwise and the other spin counter clockwise in order to cancel each other's  torque; however, both must propell air toward the rear of the airplane. That is why one of the propellers mus have an opposite pitch. 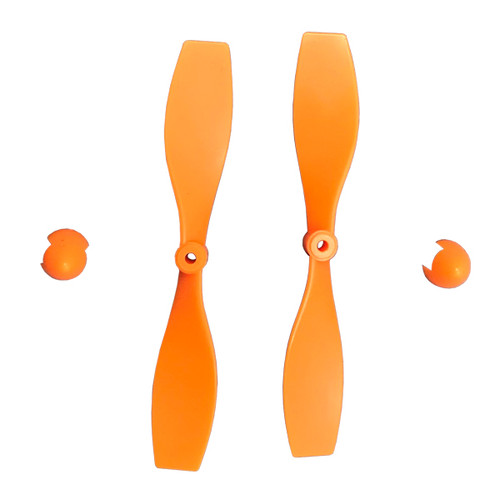