SKU:
STPPLT-2LB9
Bulk Pricing:
Buy in bulk and save

Sodium tripolyphosphate also known as Sodium triphosphate is mainly consumed as a component of commercial detergents. It serves as a "builder," industrial jargon for a water softener. In hard water (water that contains high concentrations of Mg2+ and Ca2+), detergents are deactivated. Being a highly charged chelating agent, TPP5− binds to calcium and magnesium ions tightly and prevents them from interfering with the sulfonate detergent.

STPP is a preservative for seafood, meats, poultry, and animal feeds. It is common in food production as E number E451. In foods, STPP is used as an emulsifier and to retain moisture. Many governments regulate the quantities allowed in foods, as it can substantially increase the sale weight of seafood in particular. The United States Food and Drug Administration lists STPP as "generally recognized as safe." 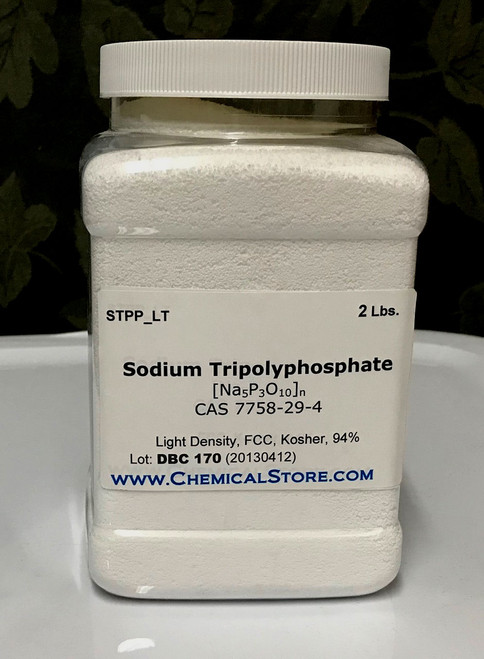