Gum Arabic is a natural gum originally consisting of the hardened sap of two species of the Acacia tree.
Gum Arabic is a complex mixture of glycoproteins and polysaccharides, predominantly polymers of arabinose and galactose. It is soluble in water, edible, and used primarily in the food industry and soft-drink industry as a stabilizer, with E number E414 (I414 in the US). Gum arabic is a key ingredient in traditional lithography and is used in printing, paint production, glue, cosmetics, and various industrial applications, including viscosity control in inks and in textile industries.
Gum Arabic is a rich source of dietary fibers and in addition to its widespread use in food and pharmaceutical industries as a safe thickener, emulsifier, and stabilizer, it also possesses a broad range of health benefits that have been evidently proved through several in vitro and in vivo studies. 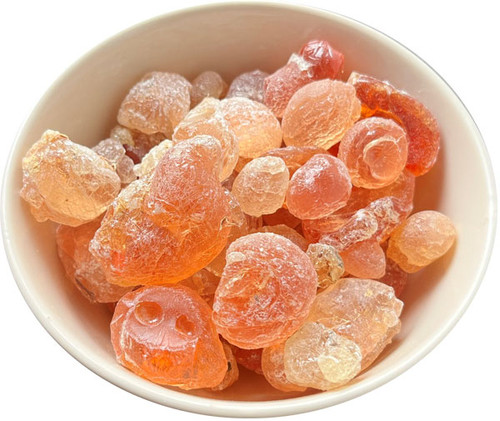